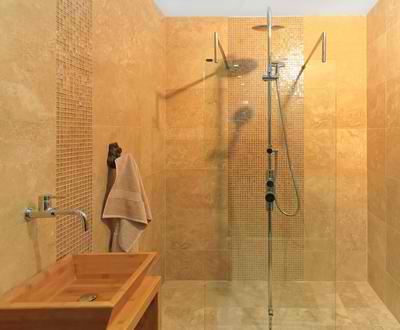 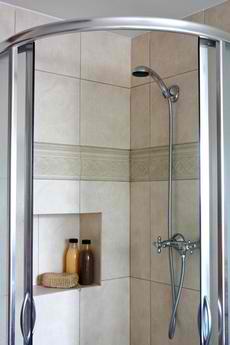 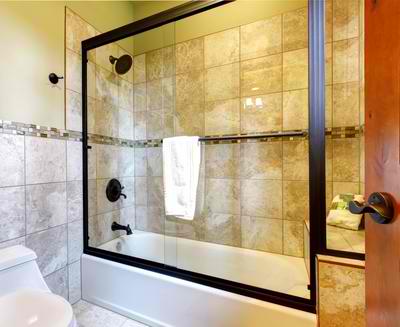 ​​Framing
At the top and bottom of the alcove, blocking is added and foam board used to fill the back. Then the end wall and the bench are framed. Where there is space between the wall and shower base, a continuous wall is framed from the floor to the ceiling. The alcove is then framed according to the template. If at all the alcove is an exterior wall, a foam insulation of about 1” thick is attached to the sheathing. Next in farming is the bench which should be mounted with a slight slope to prevent water from settling on it. Plywood is used to cap the bench and screws used to secure it. Finally, blocking is added as support for any shelf.

The nest installation is fiberglass mesh tape on all corners and seams. The tape is adhesive on one side. Thin-set mortar is applied on the corners and seams but huge build-ups are avoided to keep tile from falling flat.

Waterproofing
All the areas which are prone to water damage require a waterproof membrane which is basically a brush-on coat which should be applied with disposable brush and left to dry before another coat is added. It changes color to signify that it is ready for the next coat. The waterproof coat should be applied more on those water-prone areas of the shower like the corners, alcoves, and benches.

Tiling the Alcove wall
Thin-set is spread on the back of the alcove and then on the tiles. The template should be the ultimate guide for tile layout. Lines of tile rows which surround the alcove must be established first. The tiles dry-stacked and measured to determine the distance between the first row of the tiles and the alcove bottom. The tiles need to align straight so that they don’t slide down the wall before setting of the thin-set. Using a notched trowel, the back of the alcove is combed with well-mixed thin-set. The tiles are pressed into the mortar thin-set and tapped slightly with a float so as to embed firmly to the other tiles. Any grout that oozes in between tiles is wiped with a wet sponge before it dries.
A while ago, showers were only perceived as simple boxes and homeowners dreaded addition of architectural elements which were perceived as expenses. Today, modern building materials bust the old myths and we can build benches, alcoves, and shelves in shower areas. Such structures are pleasant and convenient. Our key planning stages and tiling techniques have transformed many homes and now it’s your turn to try our services. For more information, call (916) 823-8310.
ELK GROVE TILE
916-823-8310